Date: Monday, February 27, 2023
Time: Check-in 11:00am, Lunch Served 11:15am, Meeting 11:30am
Location: Facilities Resource, Inc (FRI), 1641 Scottsdale Drive, Leander, TX 78641
Guest Speaker: Dr. Dana Meyers, M.D., Vice Chair, Republican Party of Texas (RPT)
Dana will be discussing the RPT role in the 88th Texas Legislation
RSVP: https://forms.gle/m2r3zyvHHf8HG4Jq6
​Cost: Lunch - $25* or Meeting Only - $10*
(*There is a $2 fee when using a credit card.)
Note: We place the lunch order based on RSVPs received by Wednesday, February 22, 2023, and must pay for all of the lunches. To help us get an accurate headcount RSVP is strongly encouraged. This meeting is open to all Republican women and men. 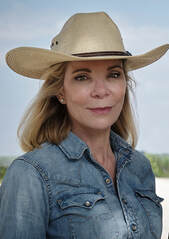 Dr. Dana Myers is a Medical Business Consultant for the health law firm Spiers Group. Dr. Myers works with a Texas-based investment and development group working to build a critical need medicine and saline bag manufacturing plant in Texas, rather than depending on China or other foreign countries. Myers received her medical degree from Boston University School of Medicine and completed her general surgery residency at the Michael E. DeBakey Department of Surgery, Baylor College of Medicine in Houston. Dr. Myers was an Associate Clinical Professor of Surgery and taught many surgery residents, medical students, and visiting medical and military medical personnel in the Texas Medical Center.

Dr. Myers is a two-term Vice-Chair of the Harris County Republican Party, VP Membership for the Texas Federation of Republican Women Executive Board (TFRW), past Regional Director for the Republican Party of Texas/TFRW Strike Force for Harris and the surrounding counties, past HCRP Co-Chair of Engagement, past RPT Communications Task Force member, and two-term President of Magic Circle Republican Women’s Club in Houston.

Dr. Myers is married to Dr. Jon Spiers, a former Republican General Land Office Candidate, and is a longtime resident of Houston, Texas.

Dr Dana Myers was elected by the delegates at the Texas State Republican Convention in June of 2022 to be the new Vice Chairman of the Republican Party of Texas.

Through her proven leadership, Dr. Myers reorganized, streamlined, and increased transparency in the Harris County Republican party infrastructure during her first tenure as Vice-Chair while supporting and recruiting additional grassroots volunteers. During this time, Dr. Myers also served as the Regional Director of the Republican Party of Texas (RPT)/Texas Federation of Republican Women (TFRW) Voter Engagement Project effort to recruit volunteers from Harris and the seven surrounding counties to register new Republican voters. As part of this statewide effort, many of these volunteers later deployed to battleground districts in Texas during the midterm and general Presidential elections to help with GOTV efforts. This statewide project was responsible for almost 213,000 of the total 318,000 new Republican voter registrations, which managed to be the statistical vote difference to win four critical Texas Republican house seats.

During her second and current term as Vice-Chair of the Harris County Republican Party under Chairman Siegel, Dr. Myers once again helped to build and rebrand the party to increase its community engagement, communication, and voter registration efforts. With her special interest in training, recruitment, and increasing Republican voter turnout, Dr. Myers led an additional effort to recruit, train, and mobilize county and precinct chairs, and volunteers, across Texas using the latest technology.

As Vice Chair her goal is to continue to strengthen the party, build the party infrastructure to amplify grassroot voices and goals, support the Chairman, party leadership, and the Republican party legislative priorities and platform.